Since 2014, Katab: Not Only Money has worked collaboratively with a group of women artisans in the migrant communities scattered across the city of Ahmedabad, Western India. Traditionally, women from these communities practised the craft of katab (applique), making domestic household decorations with recycled waste fabrics.

For the Biennial, the project brought a series of quilts created by its participants which are inspired by iconic films (both Hollywood and Bollywood) and Hindi TV series. The quilts were exhibited alongside items from the Museum’s South Asian collection including a quilt inspired by Gandhi’s 1931 visit to Lancashire by Lokesh Ghai, one of the project leaders, during his museum residency in 2012 as part of the cotton exchange project. 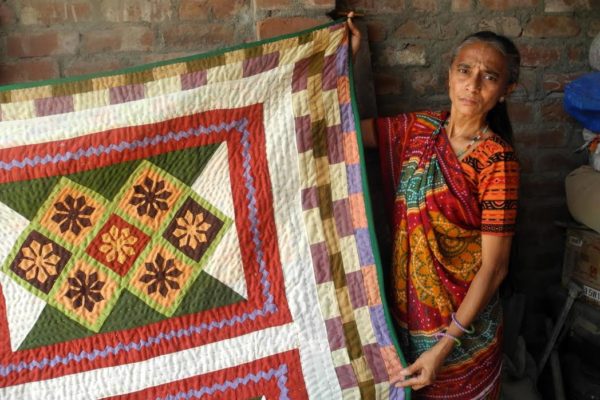 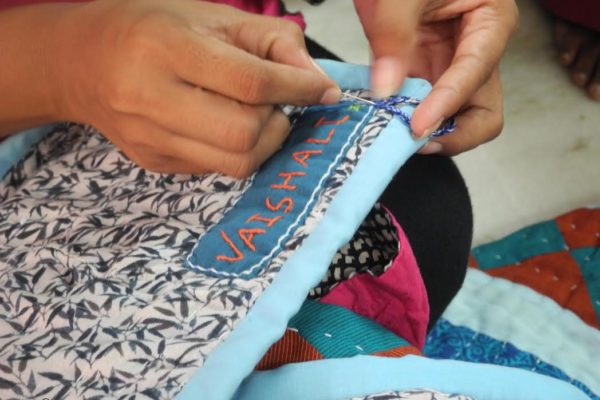 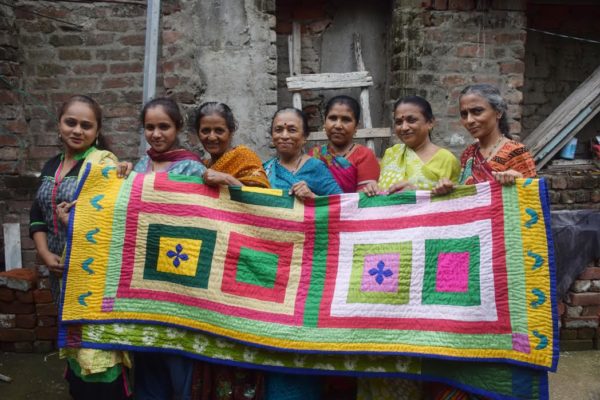 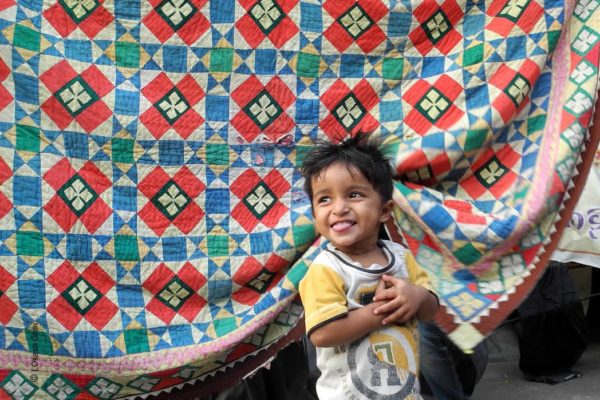