Cascading through the structure of Gawthorpe Hall’s Great Barn, 400 metres of Dutch Wax fabric reflect the movement of oceans and rivers that have been used to transport cotton across the planet and over centuries. Waterways historically carried raw cotton, spun yarn, and woven textiles from continent to continent, as well as enslaved people from Africa to pick raw cotton in the southern states of America or workers who migrated from South Asia to operate looms here in East Lancashire.

In this major new installation, Turner-prize winning artist, Lubaina Himid, continues her life-long exploration into the making of clothing and histories of colonisation, female labour, migration and globalisation. Although recognised as ‘African’ cloth, these textiles have a complex lineage and identity that reflects an historic and continuing flow of labour, trade and money.

The vibrantly coloured and intricately patterned fabric in the installation dominates West African markets and is now globally recognised as quintessentially “African” although the cloth was originally forged by Dutch colonial companies attempting to mechanically reproduce handmade Javanese batik cloth in Holland. When this failed to take off in Southeast Asia, Dutch traders began to sell the cloth in West African markets. The patterns were modified to fit local tastes and quickly became popular, ultimately becoming an essential everyday consumer good. However, today the majority of Dutch designs available on African markets are low-cost reproductions made in China, such as the fabric used in Lost Threads which exposes the role of colonisation in the formation of cultural stereotypes.

Gawthorpe Hall and the Great Barn are owned by the National Trust. The Hall is managed by Lancashire County Council. 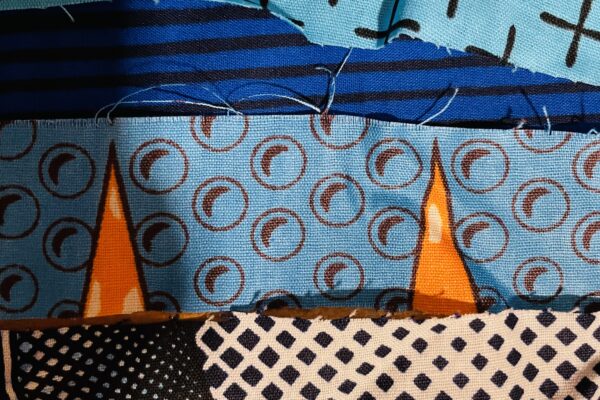 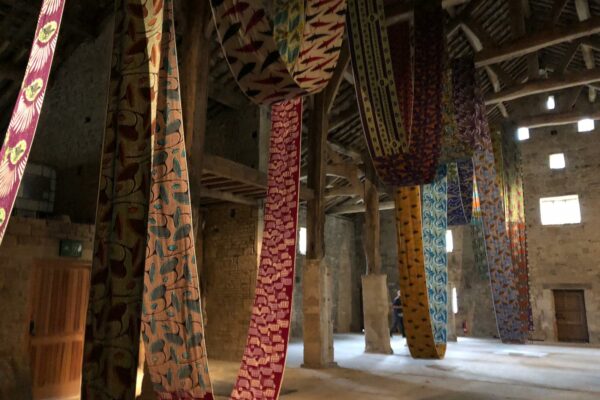