Entry: Entry to The Great Barn is free but entry charges to Gawthorpe Hall apply (see their website for details)

Shown at Gawthorpe Hall during the British Textile Biennial 2019, Alice Kettle’s Thread Bearing Witness is a major series of large textiles that consider issues of cultural heritage, refugee displacement and movement, while engaging with individual migrants and their creativity within the wider context of the global refugee crisis. The works present the individual and collective textile narratives of refugees and asylum seekers.

Sea, Ground and Sky, the three works that form the immersive installation of Thread Bearing Witness, embrace both the personal testimonies of the refugees Kettle has met and textiles’ role, from the domestic to the spectacular, to encourage understanding in a chronicle of shared making. Kettle worked with individuals and groups of refugees and asylum seekers, in the UK and in camps in Europe, asking them to contribute to and inform these large artworks through the common language of stitch. First shown at the Whitworth Art Gallery in 2018 these works were represented in the barn at Gawthorpe Hall. 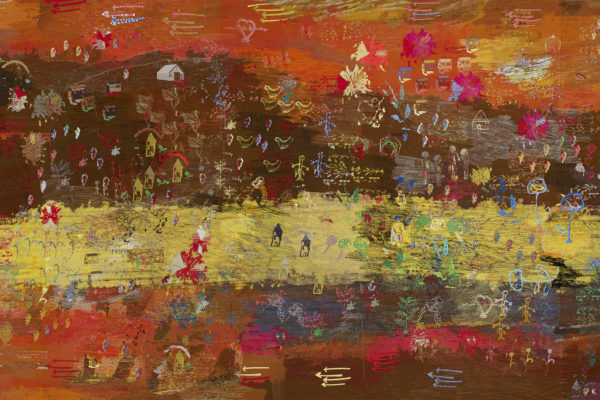 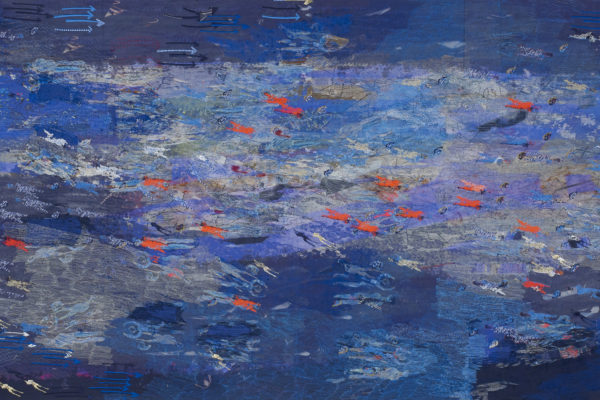 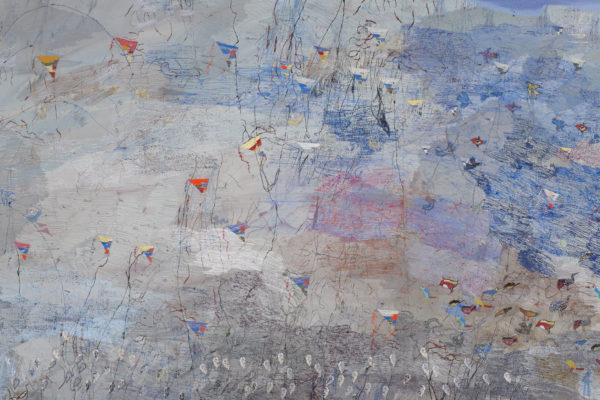